What To Do If You Suspect a Patent Infringement 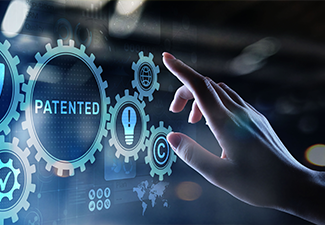 Though your patent may not rise to the level of infringement by a multi-billion-dollar company, you still have rights under the law to protect that for which you hold a valid patent. Action by the patent owner, known as the patentee, must take place in a federal district court where the patentee can seek an injunction, basic and potentially enhanced economic damages, as well as attorneys’ fees.

If you believe your patent has been infringed upon in or around Jacksonville or St. Augustine, Florida, contact me at the Law Office Mitchell Ghaneie, P.A.

My team consists of both registered patent attorneys and patent agents, and we have subject matter expertise in various scientific and related fields. We can advise and assist you in taking action to obtain relief and perhaps even damages for any patent infringement you suffered.

Since intellectual property, which includes patented materials, is governed by federal law, lawsuits must be brought in a federal district court, as mentioned earlier.

Steps to Take If You Suspect Patent Infringement

Patent infringement lawsuits are costly and require exhaustive documentation and digging for evidence against the infringers. Identifying the infringers is the first step, but before you proceed to a lawsuit, you may want to start by sending a demand letter to the infringers. You certainly should involve an attorney in this because a letter from an attorney will be taken more seriously than from someone acting on their own.

If you and the infringing party can find a common ground, you may opt to grant a license to the infringer to use your patent, which would help defray any future losses through royalty payments, but if you’ve already lost thousands of dollars, you may want to ask for repayment of that before granting the license.

If you haven’t already hired an attorney, you should do so now, especially if your efforts at negotiating a licensing arrangement have fallen on deaf ears and the infringement is ongoing. It may be time to consider legal action.

If you do file a lawsuit, you must get a marshal to serve notice on the infringing parties. You have 120 days to do that. They in turn have 21 days to respond. Typically, they will assert that your patent does not meet the legal requirement of being “new and useful,” “novel,” or “non-obvious,” or that your patent is not valid for other reasons.

If you end up in court facing off with the other party, you have the responsibility through a “preponderance of evidence” to prove that the other party infringed upon your patent. To do so, you will need to:

Courts typically rely on a “plain language” interpretation of the supporting documents you submit to them, so your explanation of the infringement must be understandable to the judge in plain language. You will need to provide specific definitions or illustrations when technical details may not be crystal clear on the surface.

Fortunately, for a patent infringement claim, there is a legal principle called the “doctrine of equivalents.” This means that each element of a patented invention is equivalent to an element in the allegedly infringing invention.

Just as it’s not advisable to apply for a patent without the help of a patent attorney, it is equally important to seek the guidance and representation of legal counsel when you face patent infringement. The court requirements are demanding, and the infringing party has several avenues to challenge your claim of infringement.

If you’re facing patent infringement in or around Jacksonville or St. Augustine, Florida, contact the Law Office of Mitchell Ghaneie, P.A. My team will analyze your case and advise you of the best options going forward to protect your patent and hopefully recover any losses you may have suffered.

Reasons a Patent May Be Denied Common Misconceptions About Patents Why It’s Important to Have a Patent Portfolio Review What Qualifies as a Trade Secret?